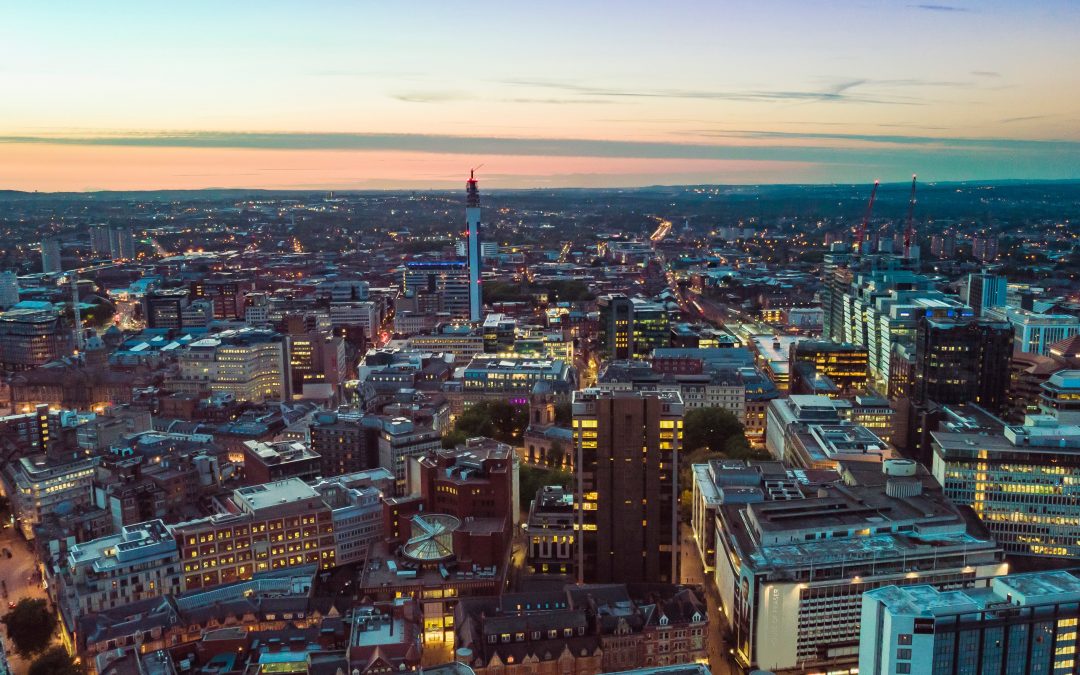 In an unusual set of circumstances, Oliver pursued an abandoned appeal with success. In the following article, he explains what happened:

Myckel Betty was only 16 when he and his co-defendant were involved in a dispute with a man in his 20’s on an estate in Norton, Stoke. And following a trial in March 2020, they were convicted of wounding with intent to cause grievous bodily harm, contrary to section 18 of the Offences Against the Persons Act 1861.

The timing of the conviction may have contributed to the way in which the Court of Appeal went on to deal with this case. But, whether it did or not, it demonstrates an important point for anyone dealing with an appeal, where an appellant has abandoned it; it also demonstrates how the intervening events of the pandemic, may have contributed to the potential for injustice in this case; and it highlights an ongoing issue as to how the interpretation of “harm” in the assault guidelines, still results in unpredictable outcomes.

The trial concluded on the last effective sitting date before the first lockdown in March 2020. At that time, the case was adjourned for sentence, as the appellant and his co-defendant were both still only 17 (I should say to alleviate any concerns, upon sentence, reporting restrictions were lifted such that they could be named). Due to the delays caused by the pandemic, they were not sentenced until the 25th of June 2020. This hearing was conducted remotely – and without the benefit of the CVP facility – meaning that a meaningful conference post-hearing was not possible.

The sentence, as has now been found by the Court of Appeal, was manifestly excessive. The sentencing court took the wrong starting point – a familiar and frequent area of debate in so many mitigations was where to place the offence in the categories of the section 18 Assault Guidelines. The Court concluded it was a category 1 offence and took an initial starting point of 12 years. Upward adjustment was made for the appellant’s antecedents, resulting in a notional starting point of 14 years.

The Court proceeded to apply a reduction for his age, reducing the term by half (a generous interpretation of the guidelines which state that for a youth the sentence should be between one-third or one-half of the adult term). This resulted in a 7-year sentence which was further reduced by 18 months to take into consideration the period of detention on remand prior to trial. This could not be undertaken administratively post-sentence, as the appellant had been detained in the care of the local authority. As such, it had to be taken off his sentence by the sentencing court. This resulted in an overall term of 5 and a half years’ detention.

Immediately following sentence, I advised in writing that he should appeal against his sentence, and accordingly drafted grounds of appeal. These did ultimately make it before the Court of Appeal. Those grounds were that the Judge had taken too high a starting point, in that the court wrongly classified this as a greater harm case on the basis that there was injury, which was serious in the context of a section 18 offence. This was a case where there were several blows with a knife, but where the victim had been fortunate enough to require conservative treatment for a pneumothorax, along with glueing and suturing of the wounds. Although he had been taken to A&E by ambulance, he was mobile and walked into A&E, and out of A&E only a couple of hours later.

Those who deal with section 18 offences will know that there is often difficulty in advising on the likely sentence. Even though the guidelines were designed to provide certainty or consistency across courts, there remained an issue as to whether the sentencing Judge took the view that this was a “serious injury in the context of a section 18”. And the difference between the starting points of sentencing category 1 (12 years) and 2 (6 years) results in a very significant variance between the two.

Pursuant to my advice and grounds, the appeal was submitted. At the same time, those acting for the co-defendant also submitted an appeal on the same grounds. However, on the 29th of July 2020, the defendant signed a notice of abandonment of his application to appeal. I was unaware and simply awaited the listing of the appeal. I became aware that his co-defendant was being listed for appeal in February 2021, at which point I queried why the appellant’s case was not also listed. It was then that I became aware of the abandonment.

The means by which to resurrect the appeal, is provided for in the Criminal Procedure Rules rule 36.13(5) which states that:

(a) apply in writing, with reasons; and

(b) serve the application on the Registrar.”

As the Court of Appeal went on to state in dealing with this case: “This is an open textured rule but the jurisdiction to reinstate an abandoned appeal is exercised in accordance with case law. The leading case is the decision of a five-judge constitution of this Court in the case of R v Medway (1976) 62 Cr App R 85. The judgment of the Court, delivered by Lawson J, contains a long and scholarly review of the previous case law on the topic. The effect of the case is well summarised in the headnote which states:

“The Court has jurisdiction to give an applicant or appellant leave to withdraw a notice of abandonment of appeal or application for leave to appeal where the notice of abandonment can be treated as a nullity, ie where the abandonment was not the result of a deliberate and informed decision – in other words, where the mind of the applicant or appellant did not go with his act of abandonment. Headings such as mistake, fraud, wrong advice, misapprehension etc should be regarded only as guidelines, the presence of which may justify the exercise of such jurisdiction of the Court and are not exhaustive of the types of case where this jurisdiction can be exercised. There is no inherent jurisdiction in enabling the Court to give leave in other special circumstances.”

Medway has been followed in many subsequent cases. But we observe that the phrase “where the mind of the applicant or appellant did not go with his act of abandonment” is not the wording of a statute; it is an alternative way of expressing the previous phrase “where the abandonment was not the result of a deliberate and informed decision”.

In a letter drafted to the Court of Appeal, to which they referred, the appellant apologised for abandoning his appeal, explaining that he was depressed about his case and did not want to face another court hearing. Doubtless, part of these difficulties had been brought about by the particular issues of his isolation during the lockdown of places of detention and the delay in the case having been sentenced, such that he could not face another court hearing.

The Court of appeal went on to say this:

“In the ordinary case, these might be insufficient reasons to bring the application within the principle laid down in Medway. But this is a very striking case. It would be wrong in our view for this court, on an application by one of two co-defendants whose cases are very similar (though, as we shall come on to point out, not identical) to take no action when this court has already decided, on a full appeal by his co-defendant, that the sentencing judge made an error of principle which applies equally to both cases.

The Court then immediately considered the appeal. They took the same fresh starting point of 9 years as the Court of Appeal had done so when dealing with the co-defendant, allowed an uplift of 2 years for antecedents; then halved the 11 years to 5 and a half to allow for his age. They then deducted the 18 months on remand. They, therefore, quashed the sentence of 5 and a half years and substituted for it a period of 4 years’ detention.

The first observation is this. The Court of Appeal seem to suggest that the appellant did not fulfil the criteria in the case law. This was something with which I was very concerned when we made the renewed application on the appellant’s behalf – to quote the Court of Appeal – “There is no inherent jurisdiction in enabling the Court to give leave in other special circumstances”. However, they nevertheless went on to allow him to treat the abandonment as a nullity.

The second observation is this. Had it not been the case that his co-accused had already had his sentence so significantly reduced, would the Court of Appeal have permitted him to treat the abandonment as a nullity?

Thirdly, and following on, the Court of Appeal was clearly concerned with the overall justice of the case. How could it possibly have been justifiable that one offender served a disproportionately longer period in custody for the same offence?

Finally. It appears that the Court of Appeal, in dealing with the co-defendant’s appeal in the February, did not of its own volition address this disparity. It was simply good fortune that having become aware of the co-defendant’s successful appeal, triggering the chain of events leading to the renewed appeal.

A particular peculiarity of this procedure is this. The application to treat the abandonment as a nullity is not an administrative application, it must be made before the court. However, these are non-counsel applications. In this case, it was also a non-appellant application. Following a specific enquiry as to whether I should attend in person, I was told not to (as these are non-counsel applications) and that should the abandonment be treated as a nullity, then the case would be referred to the single Judge for leave, and if granted (along with a representation order), then I would attend the hearing of the appeal itself.

None of this ever transpired, as the court proceeded to grant leave and deal with the appeal all in one go. Whilst doubtless that was the most expeditious manner by which to deal with the case, it was in the absence of the appellant and any representation. The Court of Appeal did leave open the possibility of further representations in their judgment but, expressly did not encourage such a course to be taken.

The conclusions to be taken from this case:

1. When giving advice on appeal, always include a paragraph stating that “should an appeal be abandoned by an appellant, then that will be an end of the matter, unless any decision was not a properly informed one”;

2. Also include a passage advising your instructing solicitor not to abandon an appeal without recourse to counsel and their further advice, due to the possible finality of the decision.

3. It is satisfying to note, even for the most jaded of advocates, that even if the technical hurdles seem difficult or impossible to overcome, the interests of justice remain the most important consideration, and it is always worth arguing for.

4. Continue to be prepared to expand your pro bono work.