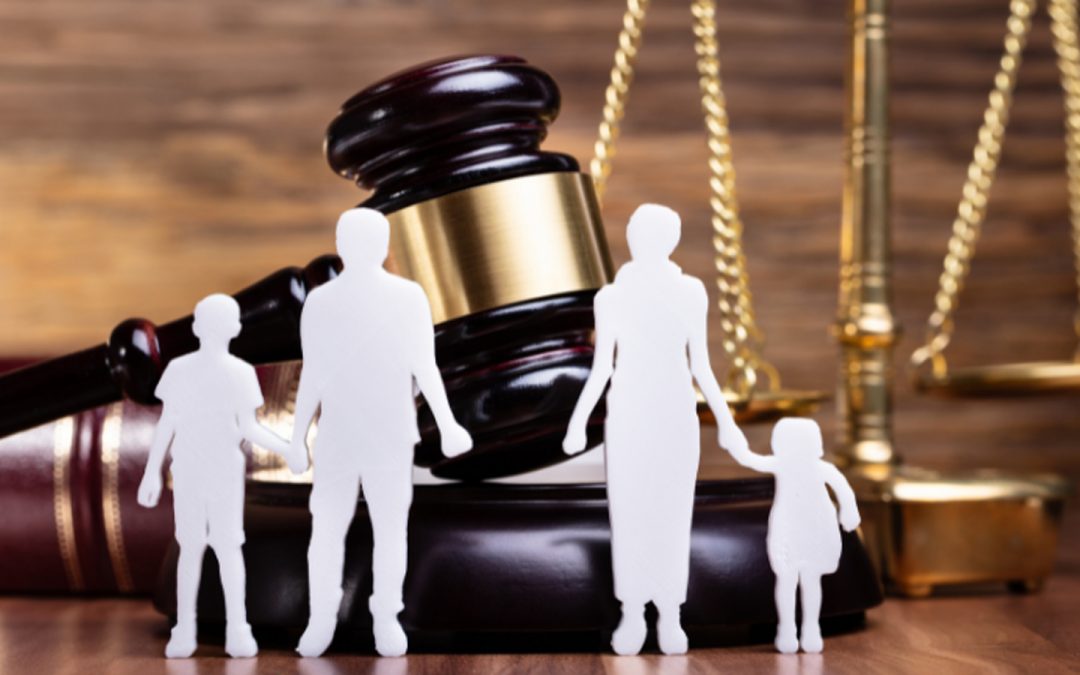 This case looks at the more modern approach the Court should adopt, regarding S 91(14) orders, in light of the advances in technology for the purpose of immediate communication.

The Mother’s appeal was dismissed against an order for supervised contact and a 2 year S91(14) order, where there was no route provided for the progression of contact.

Summary of the Facts

The parents relationship commenced in 2013. The Mother (M) had 3 children from a former relationship. M was Hungarian and a medical doctor. The parties only biological child A, was born in 2015. M returned to Hungary in April 2017, and left the children in the care of the Father (“F”). She subsequently returned 6 months later and informed F of her intention to relocate to Hungary with all of the children. This prompted F to make an immediate application for a Prohibited Steps Order (“PSO”), however the parties reconciled before the PSO was made.

F agreed to allow M to take A to Hungary in May 2018, to enable A to undergo a medical procedure. M’s other children remained in England with F. M failed to return A to the jurisdiction as per the parents agreement and announced to F in August 2018 that the relationship was over. As a result F issued child abduction proceedings. M however, had surreptitiously returned to England in October 2018, and applied for a Child Arrangements Order (“CAO”), and offered F 1 hour weekly supervised contact. M then moved twice further unbeknown to F. Firstly to Hastings and then in June 2019 to Northern Ireland. M failed to comply with the Court order to return A to England and also to surrender A’s passport.

Concern about A’s welfare was escalating to such an extent that a Children’s Guardian (“G”) was appointed, and the proceedings were quite protracted and destructive. There came a point where the G was so concerned about A’s welfare in the care of M, that the G took the unusual step of applying for an immediate transfer of A’s primary home to F, which the Court granted. M’s appeal against this order was refused.

Findings were made which included M having “deliberately placed barriers in the way of” F “having a natural relationship with” A, by her “planned covert steps to relocate some distance from” F. A psychological assessment of M was ordered, and in the interim twice weekly telephone contact was ordered between M and A. M was still in Northern Ireland.

As a result of the M instigating the questioning of A by a Police officer from Ireland, during a phone call, regarding wholly unfounded allegations of sexual abuse of A by F, G made an application to suspend M’s telephone contact. That application was granted and thereafter only supervised direct took place.

M did not desist in making further allegations against F, and by March 2020 M had expressed concerns and allegations to agencies about A’s physical and mental health and her development. M continued to make allegations of sexual nature against F. Evidence from 2 paediatricians concluded that M’s allegations were not substantiated.

The Circuit Judge (“CJ”) in her judgment summarised the plethora of applications and e-mails within the proceedings, the lion share of which came from M, and also noted that M within her e- mails had made not only allegations against F to various bodies, but also formal complaints against medical experts, the solicitor and Counsel for the child and against G.

The psychological assessment of M identified that M had a personality disturbance and as such M has been exposing the children to “maltreatment without being aware of the impact of her behaviours and presentation on her children”. The psychologist concluded that the children “had a lack of stability. Suffered a lack of respect for their education process, were exposed to conflict and did not have their needs consistently met, including their needs to have a relationship with their fathers”. The prognosis for M engaging in therapy was low. The psychologist opined that without therapy it was likely that M would continue to be in conflict with F, and involve the Courts. The G’s position was that contact between A and M had to be supervised and that unsupervised direct contact would be far more damaging than no face to face contact.

The CJ concluded that if unsupervised contact with M was permitted, the risk of A’s abduction was high; M was likely to denigrate F to A and M would use such contact to have A medically examined / or examine A herself, to establish that F was not meeting her welfare needs.

The CJ final orders were that (i) A live with F; (ii) that A has 6 hours professionally supervised contact with M every other weekend and (iii) a S91(14) order was made against M and F for 2 years, from making an application without the Court’s leave.

Issues before the Court of Appeal

Decision of the Court of Appeal

The Court of Appeal took into account the CJ’s findings regarding M’s relentless campaign of complaints and accusations against F, and the toll this had taken on him, especially the involvement of agencies. M via her Counsel did not challenge the supervision element of the contact order, since no permission was given to appeal the CJ’s findings.

The Court revisited the leading authority of Re P (Section 91(14)(Guidelines)(residence) and Religious Heritage) [1999] 2 FLR 573. This Court whilst still endorsing the Re P guidelines, highlighted that the guidelines were 22 years old, and the climate at that time has vastly changed to the current climate. Especially in the context of the use of modern technology as a means of communication, such as smart phones and social media, and with reference to this case, the use of e-mails for immediate communication. Further of relevance was the removal of legal aid in the majority of private law cases, where the Courts and other parties not uncommonly find themselves “bombarded” with e-mails from a litigant in person. The negative impact of such conduct on the parent receiving such communication, like in this instant case, can not be understated.

King LJ concluded that the M’s conduct in harassing F via her vindictive complaints to various authorities on its own justified the making of a S91(14) order.

M’s appeal failed. King LJ found no fault with the CJ’s judgment on the facts of this case, which was one of those cases that cried out for a supervised contact order and a S91(14) order, as being commensurate with A’s best interests.

King LJ observed that Judges may be less reluctant to engage the use of S91(14) orders in cases where the judicial view formed about a party’s conduct, like M, amounts to using the proceedings “as a weapon of conflict”. Thus providing protection for the parent on the receiving end from a form of coercive control by the other. King LJ was also of the view that in the current times with the modern technology being in use, the use of S91(14) orders is likely to be used more often, where real harm is being caused by the litigation process.

This case illustrates the need for practitioners to be more vigilant in seeking the protection from a S91(14) order, with the observations of King LJ in mind, in a more modern landscape since the decision of Re P, even in the face of a reluctant tribunal.

It also raises the interesting issue of what steps can and should be taken during the proceedings to prevent a party behaving in the way M did in this case, to restrain actions that amount to coercive control / harassment and offer protection to the party on the receiving end. Perhaps Non Molestation orders should be sought more frequently in cases like this one, where plainly proceedings are being abused by a party via as a weapon of conflict. Many practitioners have encountered like cases, and have seen the negative sometimes devastating impact of such conduct on their lay client who is on the receiving end. Are practitioners failing their lay clients by not exploring ways to protect them from such conduct, and in turn the relevant child / children who are directly / indirectly exposed to this conduct? Is there an argument that more statutory sanctions and especially automatic sanctions (that do not necessitate the need for a formal application to be made to avoid delay) are needed during proceedings to restrain such conduct, and if so what can be imposed (i.e. interim costs with conditions attached for immediate payment?), where the same will not deprive a person (especially the one engaging in the “lawfare”) of a right to a fair hearing!