The Armed Forces Bill 2021: What does it hold for the Service Justice System? 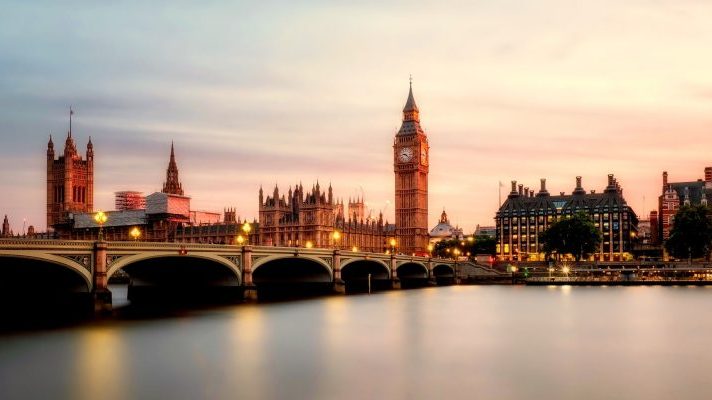 On 8th February 2021 the Armed Forces Bill 2021 had its second reading in the House of Commons. Opening the debate Johnny Mercer, Minister of State for Defence People and Veterans (late 29 Commando Regiment, Royal Artillery) noted that “the Bill of Rights of 1688 required Parliament to pass an Act every five years to maintain a standing army” and that ‘the raising or keeping a standing army within the United Kingdom…in time of peace, unless it be with the consent of Parliament, is against the law’.

In 2021, Parliament now reviews what has evolved into the Armed Forces Act 2006, the statutory underpinning of the Service Justice System, which Mr Mercer rightly called “essential for our forces to act effectively, and a vital bulwark of our democracy.” The Bill has been eagerly awaited by practitioners and observers following publication of the Service Justice Review, otherwise known as the Lyons Report. The Lyons Report made a number of recommendations, some of which would begin to correct historic deficiencies in the Service Justice System and others which were ill-advised to say the least.

Despite a threat of Judicial Review by the campaigning group The Centre for Military Justice, the most ill-advised proposal, to remove offences of murder and manslaughter, serious sexual offences and domestic violence committed in the UK from the jurisdiction of the Service Justice System, will not go ahead. The refusal to implement this recommendation is eminently sensible as it would have left the Service Justice System de-skilled in dealing with these offences, as the majority of the Armed Forces are now based in the UK, but still responsible for prosecuting the offences outside the UK.

The Constitution of the Court Martial

The most obvious changes will be to the constitution of the Court Martial. Boards will now consist of either three or six members, although a six person board may continue with five members by judicial direction, and those of substantive OR-7 rank will now be permitted to sit on boards. Whilst a three person board to deal with offences carrying a maximum sentence of less than 7 years remains as problematic as ever, these changes represent a step towards the 12 person, all ranks, military juries that are a feature of the United States’ system. The inclusion of OR-7s (chief petty officers, colour sergeants (Royal Marines), staff sergeants and flight sergeants) is a step towards the judgement of their peers it remains to be seen if OR-7s will feel able to act with sufficient independence bearing in mind the presidency of the Board remains the preserve of lieutenant commanders, majors and squadron leaders. This is likely to be a particular issue in the Royal Navy where OR-7s are usually younger and with less service than the other services.

Meanwhile, changes are afoot on the bench as another recommendation of the Lyons Report is implemented, amending section 362 of the Armed Forces Act 2006 to permit the Lord Chief Justice, at the request of the Judge Advocate General to nominate Circuit judges as well as High Court judges to sit as judge advocates. The rationale for this recommendation was apparently to ensure the public do not think the Service Justice System is a military “closed shop”. Given all judge advocates are recommended for appointment by the same commission which recommends appointments of Circuit Judges, and all judge advocates sit in the Crown Court in any event it is not clear how such a public perception was sustainable. Not to mention the fact there are eight, rarely used, deputy judge advocate generals including two who are Circuit judges available as well. When one considers that the power to nominate a High Court judge has been used only a handful of times and that the new protocol will likely reduce the amount of work that might merit the deployment of either a Circuit or High Court judge this reform appears to be little more than window dressing and rather discourteous to the incumbent judge advocates. Although it would allow the Judge Advocate General to cover sick leave in a new way.

Simple majority verdicts for all offences have long been a concern and proved a surprisingly resilient to challenge, leaving service personnel without the protections provided in civilian life. However, a major step in the right direction is taken in this Bill as s.160 of the 2006 act will be amended so that for the most serious offences a qualified majority of 5:1 or 4:1 will be required, bringing the Service Justice System more in line with the Crown Court. However, service personnel charged with offences where a civilian could elect Crown Court trial remain at risk of conviction and imprisonment by a simple majority. It is interesting to note that in rejecting the last challenge to the simple majority verdict in Blackman the Court Martial Appeal Court concluded that avoiding “hung boards” was a good reason to treat service personnel differently. However, this change implicitly creates the risk of “hung boards” so we must conclude that Her Majesty’s Government respectfully disagrees.

A series of changes to sentencing are also made by the Bill. A long-standing gap in the Court Martial’s sentencing powers is closed as the power to disqualify from driving is brought in. It was always unclear why the Court Martial was not empowered to disqualify even when dealing with the most serious driving offences. However, there appears to be an error in clause 14(5) which specifies the uplift period when disqualification is coupled with Service Detention. The period is set at half the period of detention (so the disqualification starts on release) but the release provisions for Service Detention rarely permit detention at the halfway point.

There are obvious risks to operational effectiveness if a service person is disqualified from driving. This will doubt less give rise to submissions in relation to the Service Interest. How rigorously the Court Martial Appeal Court will apply the analogous principles of exceptional hardship will be interesting to see.

A further change is the power to make deprivation orders depriving offenders of property used in the course of an offence. This aligns the Court Martial with the Crown Court but perhaps surprisingly is extended to Summary Hearings. This means that the Commanding Officer, sitting in a jurisdiction which is accepted as not being compliant with Article 6 of the European Convention on Human Rights, will have the power to make deprivation orders and determine disputes as to ownership of the property in question. It is not clear what remedy a third party claiming ownership of the property would have. The 2006 Act will be amended to make clear deprivation is a punishment, meaning there is an automatic right of appeal for the service person. However, the Bill does not require the Secretary of State to provide for an appeals procedure in the Regulations. This will no doubt provide for some interesting litigation!

Two changes are made post sentence. Firstly clause 17 amends the Rehabilitation of Offenders Act 1974 to specify a six month period of rehabilitation for those sentenced to a Severe Reprimand or a Reprimand. Secondly, amendments have been made to s.164 of the Policing and Crime Act 2017. It is this second change which is perhaps most significant as these changes permit posthumous pardons for historical service offences under the Army Discipline and Regulation Act 1879, the Articles of War of 1749 and the Articles of War of 1878. This will be a way for families to seek to redress historic wrongs and potentially seek the return of medals and pension payments. However, the convictions will remain.

These changes will dovetail with commitment of Her Majesty’s Government to return decorations to those who were convicted of offences relating to homosexuality before the ban of homosexuals serving in HM Forces was finally lifted in 2000.

Clause 4 provides for a slip rule in Summary Hearings, preventing the need to apply to the Summary Appeal Court to correct mistakes of law which could be corrected in the Magistrates’ Court under s.142 of the Magistrates’ Court Act 1980. A similar rule is also to be introduced for the Summary Appeal Court and the Service Civilian Court by clauses 5 and 6. This brings these courts into line with the Court Martial and is particularly timely given the case of R v McIntyre [2020] EWCA Crim 1297 which reminded everyone of the complexity of sentencing in the Service Justice System.

A concerning reform is found in clause 10 which reduces the time to lodge an appeal against a outcome of a Service Complaint from six to two weeks and similarly reduces the time available to lodge a complaint with the Ombudsman. This is said to be part of ‘part of wider reforms to increase efficiency and speed up the process within the statutory service complaints system’ and reduce ‘speculative appeals’. However, anyone familiar with the Service Complaints will no doubt regard this as an effort to make it harder for those wronged by the system to seek redress.

Another Lyons Report recommendation, clause 11 creates a much needed source of independent oversight for the Service Police. How robust the oversight will be but it is to be welcomed. Particularly following the stubborn refusal of the Provost Marshals to come into line with their civilian colleagues when comes to handling interviews under caution during the Pandemic.

Finally, Clause 8 requires a specified person or body exercising a relevant housing, education or healthcare function, to have due regard to the principles of the Armed Forces Covenant. This will hopefully give some bite to the Covenant and provide assistance to those who have served and continue to serve in HM Forces.

There is much to welcome in the Bill, particularly around the constitution of the board which give service personnel some of the protections they would enjoy in civilian life. However, there remains much to be done. Several of the more ill-advised recommendations of the Lyons Report, such as the abolition of appeals in preliminary proceedings and the restrictions on which offences can be tried in the Service Justice System remain and can be brought in by secondary legislation or administratively. It is important that the case for a robust, expert, fair and independent Service Justice System continues to be made in both Houses of Parliament and in the courts.

This article was written by Matthew Bolt.