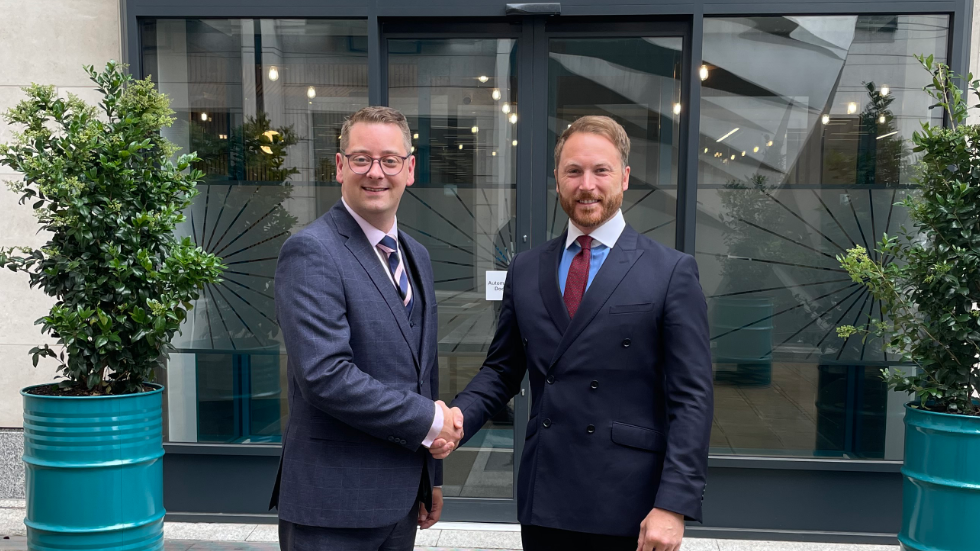 Chambers are delighted to welcome our new Senior Practice Manager,  Lloyd Hawkins, who joins us today.

Lloyd joins from 36 Group in Gray’s Inn having previously worked at 3 Raymond Buildings in London and KCH Garden Square in the Midlands.

He brings extensive experience of clerking criminal barristers at the highest level and will support Cornwall Street’s members across the South East along with Adrian Hawes, Chambers’ existing clerk based out of our Maidstone office.

Based in London at Cornwall Street’s newly-opened office at the International Arbitration Centre in St Paul’s Courtyard, Lloyd’s remit is to assist with growing Chambers’ practice across the South East.

Cornwall Street has offices in London, Oxford and Maidstone as well as in Birmingham and since bringing together its practice in the South East under the umbrella of Cornwall Street South in October 2021 work has grown significantly.

Cornwall Street Chief Executive James Farmer said: “Lloyd’s appointment marks a new and exciting chapter in the expansion plans for Chambers and we very much look forward to further strengthening our offering on the South Eastern circuit. Lloyd brings additional expertise and experience to our practice management team and we look forward to welcoming him as he spends time in all of our centres.”

Commenting on the move, Lloyd Hawkins said: “This is a fantastic opportunity. I am extremely excited to work among a talented and professional team but also thrilled to be joining Cornwall Street at such a critical point in its development and to be part of its expansion plans over the next few years.”