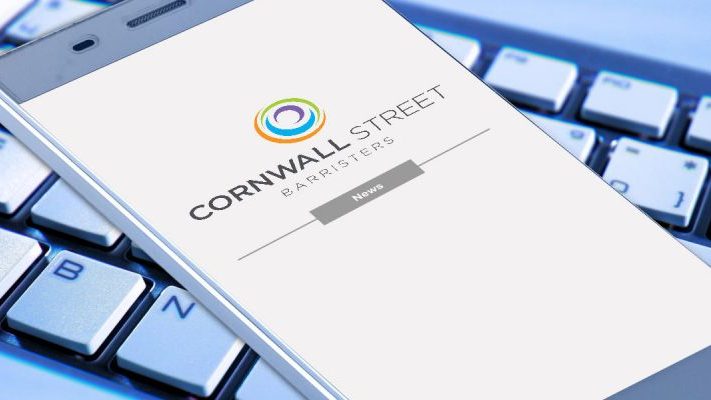 All members of Cornwall Street Barristers who practice criminal law have declared they will not accept “returns” in criminal defence work from 11th April 2022.

Criminal cases are often listed for the convenience of others, taking little account of barristers’ professional diaries. Quite often these are cases which barristers have prepared, but then clash with other work commitments. Such work is typically “returned” meaning that the barrister’s clerks find a suitable replacement barrister who can cover the work at short notice. The original barrister is not paid for the preparation work they have done and the replacement barrister has to master potentially complicated cases overnight, knowing that there will be serious consequences for all involved in the criminal justice system, including victims, wrongly accused defendants and those paying taxes to fund prisons. Taking on such “returns” is just one of many demonstrations of the goodwill barristers have traditionally shown towards the criminal justice system, but there is no duty to take on such cases.

Some have described this action as a “strike”, but barristers will continue to accept new cases into the system and to cover those which are listed on dates when they are available. The catalyst for taking this limited action at this time has been the Government’s lack of response to the publicly funded Criminal Legal Aid Independent Review, belatedly published in December 2020, but announced 2 years earlier. One of its headline findings was that there should be an immediate cash injection of £135m per year into the criminal legal aid system (less than one quarter of which would be on barristers’ fees in the Crown Court) and further increases thereafter. The only response so far is a consultation which proposes between £97-115m, but not for cases entering the system until an uncertain date in the future and without further increases being contemplated. The Criminal Bar Association held a recent ballot in which over 94% of respondents declared they would not cover returns until the Government immediately increased fees and made provision for further increases to take account of increased costs over the years.

Andrew Wilkins, Head of the Criminal Law Team at Cornwall Street Barristers said, “Members of my team are dedicated to our clients and are used to doing unpaid work for the good of them and the system. However, our goodwill has been exhausted over recent years. Lack of work, but continuing overheads, during lockdown made many reconsider whether criminal work remained a viable career. We all invested in equipment to facilitate the Courts’ remote working protocols, but this just cut our profits even more. There is still an image of lawyers as “fat cats”, but those of us specialising in criminal law find ourselves as poor relations of those with whom we studied. Even after years of study, £12,000 (net of expenses, but before tax) is typical income for those in their first 3 years. Very few come to the Criminal Bar to make it rich and we are very aware that our income comes primarily from public funding, but I think the public would be surprised how poorly our taxable income compares with the salaries of nurses, teachers or doctors.”

“Cornwall Street have some excellent barristers and we cover courts in many parts of the country, moving beyond our origins in the West Midlands. We are proud to be the only chambers outside London to be short-listed for this year’s Lexis Nexis Chambers of the Year Award. Our commitment to the public good is shown by sponsoring the Pro Bono Award. I have spent a lot of time now obtaining the views of all our members. Our job is to argue and one can normally find different views expressed on all conceivable topics. However, the only barristers in chambers who have expressed any concerns about “no returns” are those who feel the action does not go far enough and that more should be done to preserve a functioning criminal justice system for future generations.”

Oliver Woolhouse, Head of Chambers, said “As a former Head of the Criminal Team within Chambers, I know of the commitment and hard work of all criminal legal aid practitioners within chambers and beyond. As a criminal specialist myself, I am also only too well aware of the degradation of the criminal justice system through underfunding over many years. Whilst this is a decision to be taken by each individual practitioner within chambers, it demonstrates the strength of feeling that all members of the criminal team have said they will be taking “no returns”.