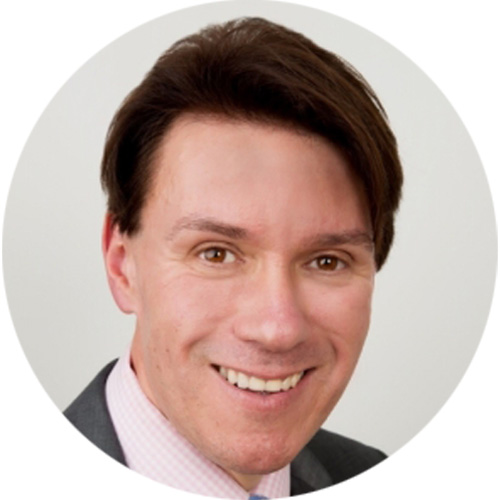 James Keeley was called to the Bar in October 1993. He was born and brought up in inner city Birmingham. Ever tenacious James Keeley will always go the extra mile and fight for anybody he represents. He is especially understanding of the weak and vulnerable and has been involved in some of the most significant cases in legal history.

He began his career in London as a judicial assistant on two of the biggest fraud trials in history. The first case was Brent Walker with HHJ Geoffrey Rivlin QC, now a consultant with the SFO, this involved allegations of dishonesty against the former boxer and one time owner of William Hill bookmakers, George Walker. The second case was Maxwell with Lord Phillips this case has set the standard for fraud trials with its use of technology and the so-called Maxwell hours. From early on he learnt of the hard work, discipline and incisiveness that any serious fraud demands.

Also whilst in London Mr. Keeley was involved in two more high profile cases: Serafinowicz, the first ever War Crimes Trial and the appeal of the Bridgwater Four.  In Serafinowicz, Mr. Keeley was asked to stand in at short notice for John Kelsey-Fry QC and was junior during the trial to both Sir John Nutting QC and the then Solicitor General, Sir Derek Spencer QC. In Bridgwater, Mr. Keeley assisted Alun Jones QC in going through Vincent Hickey’s interviews in order to assess whether or not there had been any irregularities.

After a few years he decided to move to Leeds where he has developed a practice both prosecuting and defending the most serious of criminal matters, including murder, large fraud and rape. He has led junior counsel in significant cases, for example a multi-million pound fraud that was featured on a “Rogue Traders” special.

He has appeared on numerous occasions in the Court of Appeal on appeals against sentence and conviction, Attorney General References and in the High Court on a Case Stated from the Magistrates Court.

James Keeley always ensures that he both inspects and advises upon unused material when both prosecuting and defending. In terms of expert evidence He has many years of experience of the following people and areas: cell site analysis, accountants, psychiatrists, psychologists, surgeons and paediatricians.

Whilst practising at the Bar he undertook and successfully completed a Masters Degree in Employment Law and has subsequently acquired a speciality in Whisltleblowers.

He has a great deal of experience of representing and advising police officers in Criminal and Disciplinary Hearings, employment disputes (including whistleblowing) and in Inquests (Deaths in Custody)

Mr. Keeley is also an expert in the most serious sexual and sensitive offences.  He has appeared on Radio 4, Women’s Hour, where he discussed anonymity in Rape Cases. He is on the specialist panel of Rape Prosecutors.

Mr Keeley represented one of the women being prosecuted under section 128 of the Serious and Organised Crime Act 2005 for allegedly trespassing at Menwith Hill. This was the first case of its kind.

James Keeley regularly gives lectures and has done so on Human Rights, the Death Penalty, Adverse Inferences from Silence, Applications to Dismiss, Whistleblowing, Closing Speeches, Apportionment in Proceeds of Crime Cases, Violent Offender Orders, Sex Abuse cases (How to cross examine vulnerable witnesses and pre-recorded cross examination and Slavery and People Trafficking which he has called “Breaking the Chains”.

James is passionate about bringing on the next generation of advocates,  is a trainer of Advocacy at Middle Temple, is a specialist trainer in respect of the cross examination of vulnerable witnesses, has done a lot of work with the citizenship foundation and has judged moots at Bar School.  James is an elected member of the Bar Council, serves on the Bar Council Equality, Diversity and Social Mobility Committee, a co-opted member of the Criminal Bar Association Executive Committee and Middle Temple’s Hall Committee.

James is a vice president of a charity for young people called Endeavour and a patron of a charity called “True Honour”. This organisation fights against domestic abuse, FGM and so called honour killings.  He recently gave a speech on Honour Based Crime at a Public Policy Forum Event in Westminster. Anti-slavery is another one of his specialist areas. James has written blogs on the Rule of Law and Open Justice and has seen several of his letters published in the Times and Guardian on Modern Day Slavery, Prison Reform, Anonymity for defendants in sexual allegations, demanding an independent inquiry into child abuse at Cheetams School of Music, how best to defeat domestic violence and in favour of Gibraltar having its own MP in Parliament.

Voyeurism: Defended a police officer who filmed his step daughter in her bedroom.

Secured the acquittal of a faith healer who had allegedly sexually abused someone who had gone to pray with him.

Represented a father who burnt his child.

Appeared for the Prosecution in the Court of Appeal in relation to an appeal against sentence in a Rape case.

Appeared in a Stated Case in the High Court. The Prosecution appealed the decision of a Youth Court where it had acquitted a teenager of a sexual assault

Defending another 18 year old who was accused of rape by his former girlfriend of two years.

Defending a sixteen year old who had previous convictions assault who targeted a teenage girl and sexually assaulted her.

Defending a man of borderline intelligence accused of raping and indecently assaulting his niece and nephew both of who were children.

Defending a man, once again of a borderline intelligence accused of committing incest with his sister.

Defending a man accused of indecently assaulting his sister.

Defending a man accused of indecently assaulting his daughter.

Defending an optician who had allegedly groped a customer whilst she came into his shop in order to have her eyes tested.

The Stalking Postman, defending a postman who subjected over 20 women to a campaign of sexual telephone call over a number of years.

Defended a man accused of serial rape, one of the victims being a 77 year old lady.

Defending an 18 year old youth convicted of indecently assaulting a teenage girl on a bus in the centre of Leeds. The seriousness of this matter is increased by virtue of the fact that the defendant was one member of a gang of youths who were said to be involved in this incident.

Child Cruelty, Mr. Keeley has experience of defending women accused of subjecting their children to neglect and of seriously ill-treating them.

Defending a man who subjected his step-daughter to a campaign of rape and indecent assault. This Defendant was imprisoned to twelve years imprisonment.

Defending a former karate instructor who was accused of sexually assaulting his two step children.

Defending a man who had allegedly subjected his wife to what can only be described as a campaign of rape.

Defending a man in his first trial and in a re-trial accused of raping his partner. The Defendant was portrayed as a control freak who was said to have broken the will of the complainant.

Defending a young man accused of having sexual intercourse with an underage girl.

Defending a shop worker accused of sexually touching a 10 year old girl at the shop he was working at. The Judge halted this case after a half time submission was made.

Defending a young man accused of raping his then partner

Mr. Keeley has vast experience in prosecuting and defending all matters of violence from Murder, Violent Disorder and section 18 assaults to Common Assault. Some Cases of note are listed below:

Mr. Keeley has prosecuted and defended many individuals who have had drugs of Class A and B in their possession with intent to supply.

“James is a very approachable barrister, he has the highest client care, is very good with clients of all ages and abilities. He is an impressive and competent, much sought after criminal advocate.”
Solicitor