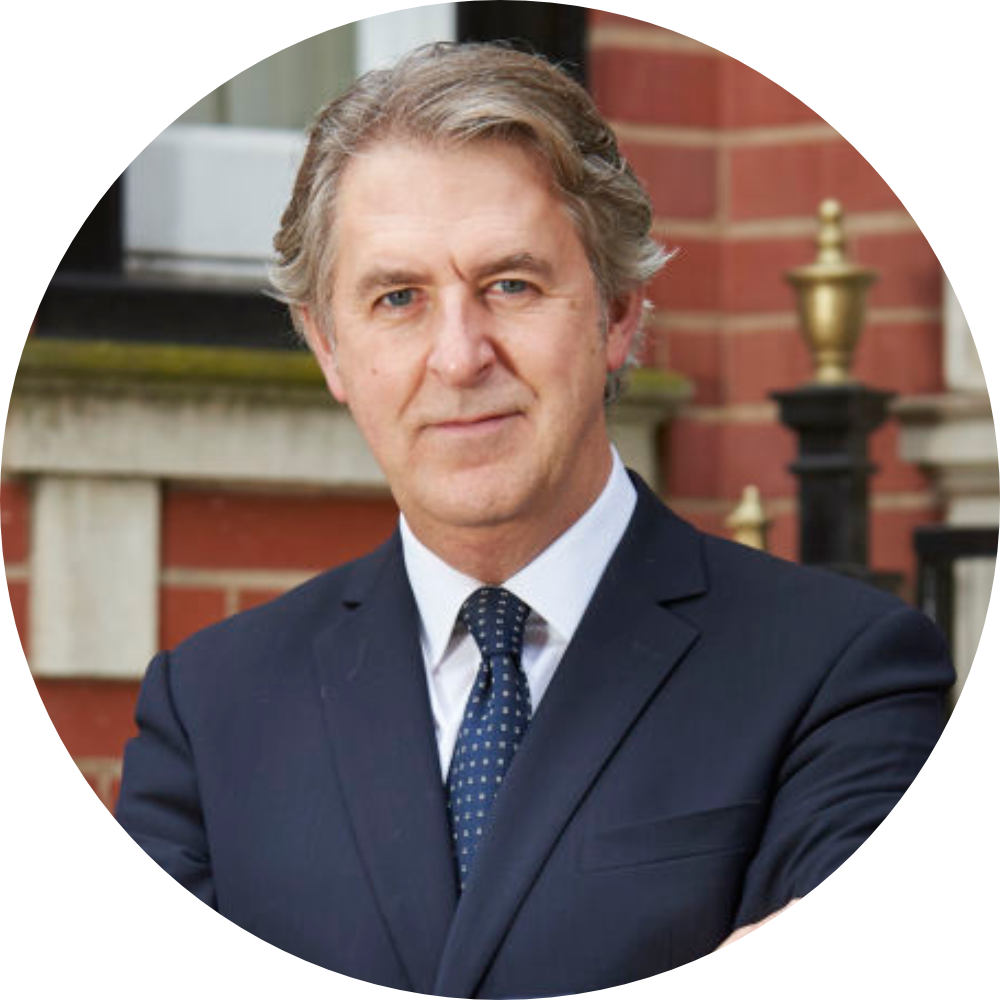 Andrew practises across a wide area of criminal and police law, civil and family law.

Before being called to the Bar in 2016, Andrew was enjoying a highly successful career as a senior police detective. Having over 30 years’ police service in Hong Kong, London, HMIC at the Home Office and in Yorkshire, Andrew has extensive experience of leading the investigation of complex crime, including homicide, serious and organised crime, and counter-corruption. As a graduate of the prestigious FBI National Academy, in 2016 he represented UK Policing on attachment to Washington DC.

Andrew is dual qualified as a Chartered Forensic Psychologist. Holding a PhD from Kings College London (Institute of Psychiatry), he specialised in the assessment of witness credibility and memory concerning historical allegations of sexual abuse. Andrew has also published and lectured widely, both in the United Kingdom and internationally, on the application of psychology to the law.

Andrew regularly accepts instructions in all aspects of family work, including care proceedings where his background and experience comes to the fore in represent parties and public authorities. He also accepts instructing in private and public children’s proceedings in the Family Court. Applying a pragmatic approach, Andrew is robust in his negotiations and advocacy in achieving the best possible outcome for his clients and in the child’s best interests. He particularly specialises in sensitive and complex cases where domestic violence is alleged and has achieved positive outcomes for clients in contested hearings such as the finding of fact hearings.

In Re Ubaydi (14.11.18), acting for West Midlands Police (WMP), Andrew made an urgent application at the Royal Courts of Justice to prevent disclosure of sensitive materials ordered in family proceedings based on PII in line with the principles in R v H (2004). The local authority brought the action to force disclosure in default of joint protocol and procedure.

Re Tripicchio at Wolverhampton High Court (5.3.19) involves Andrew again acting for the police in successfully applying for disclosure of documents residing within family proceedings (usually private) related to an ongoing investigation into allegations of child abuse. Deploying the on Linked Criminal and Care Proceedings Protocol 2013 and relevant case law (Re C 1996 and Re X &Y 2015). Arguing that the public interest in safeguarding the child and other potential victims outweighed the father’s section 98 (Children Act 1989) confidentiality, he was granted disclosure of social acre materials relevant to the prosecution of serious crime.

WMP v Z (14.2.19) took Andrew to the Birmingham Family Court where he successfully contested an application for Forced Marriage Protection Order in circumstances where family seeking to take adolescent female against her will to Pakistan.

Andrew has developed a strong criminal practise both prosecuting and defending. He is a Level II Crown Advocate and a previous secondee to the CPS as a Senior Crown Prosecutor.

He is frequently instructed on appeals, committals for sentence to the Crown Court and jury trials. In the Magistrate’s Court, he has assisted numerous clients facing disqualification from driving by successfully pleading special reasons and exceptional hardship. Andrew is an authoritative, authentic, and persuasive advocate.

In R v C-A (2020) Andrew secured the acquittal for a young man falsely accused of rape in Telford Youth Court in January 2020 (instructed by Alexandra Youster at Cartwright King). This case emphasised the value in careful preparation and review of all unused material which can reveal the signs of material investigators don’t think is relevant but shows obvious gaps in the investigation that should not go unexplained. Early challenge of disclosure, questioning obvious lines of inquiry unexplored by way of a carefully drafted defence statement, consideration of previous behaviour evidence and timely character applications is absolutely invaluable.

R v Ahmed/Hussain at Birmingham Crown Court (16/17.5.19), Andrew successfully prosecuted a 2-day appeal against conviction for assault. Despite witness intimidation, trial via video link and abandonment of key witnesses, tough cross-examination exposed both assailants’ lies, and the concoction of evidence lead to dismissed of the appeal.

WMP v Varma (10.6.19) involved Andrew in achieving a variation of a Sexual Harm Prevention Order (SHPO) based on foreign convictions that came to light at a late stage in the currency of the order. With an order directing further and better proof of convictions from authorities overseas, Andrew successfully persuaded a bench with little experience of handling complex inter-jurisdictional matters, on their jurisdiction, the law and procedure to be applied.

Andrew primary interest lay in relation to police law and specialist disclosure at all levels. He is frequently instructed by police forces and local authorities to provide specialist advice and advocacy in areas of disclosure (Public Interest Immunity), use of investigatory powers, enforcement orders (SOPOs, Civil injunctions, Closure Orders, etc.) and restraint and confiscation proceedings (POCA). He has been especially successful in developing disclosure and PII in family proceedings and has appeared before the High Court in relation to serious and complex care proceedings. Andrew also has vast experience of appearing before the Coroner’s Court as a Senior Investigating Officer (SIO) investigating unexplained death and death following police contact, which provides scope for expanding this area of his practice at the Bar.

WMP v Cohen (8.8.18) involved the challenge of extended police bail. Although perhaps Andrew had the advantage in terms of familiarity with the provisions of police bail, considering his considerable previous experience in that area, his case analysis and preparation, including preparing a thorough skeleton argument before the hearing, helped him persuade the Justices as to the correct interpretation of the law as it stands on pre-Policing and Crime Act (2017) police bail.

In West Midlands Police v Cepla (26.4.19) Andrew successfully applied for forfeiture (s298 POCA) of £30,180, the majority in Scottish notes. Relying on relevant caselaw (Muneka, Olupitan and Angus), he resisted an application to dismiss by demonstrating the cash was obtained through an “unlawful conduct” (cross-border laundering of street drug money from Glasgow) based on a series of properly drawn inferences (e.g., quantity and denomination, lies and refusal to explain). Challenging the respondent’s witness, I relied on bad character and hearsay (intelligence) to show his involvement in organised crime.

As an accredited civil and commercial mediator, Andrew takes instructions across a variety of civil matters including road traffic claims, property, and commercial contract disputes. His work in this area includes extensive advisory work, particularly in relation to claims against public authorities.

In Dudley MBC v Colbourne & Foxall (5.9.19) Andrew provided written advice in the defence of a prosecution under the food safety regulations. Acting for the defendant, he successfully challenged the authority’s duplicitous over-charging of breaches of the regulations, ultimately reducing liability at trial.

In Re D (4.4.19) Andrew advised in a potential claim against Birmingham Children’s Services in respect of alleged failures to investigate and support a child victim of CSE. Andrew was able to advise on alternative means of reaching a settlement, which was negotiated and ultimately accepted.

In the case of Crisp v Aldred at Oxford County Court (19.11.19), Andrew utilised his experience in managing mental health obtaining an injunction against an anti-social neighbour. By advising on the respondent’s psychiatric report and issues of non-party disclosure, he drafted part 35 questions in response to the expert’s report on behalf of the applicant.