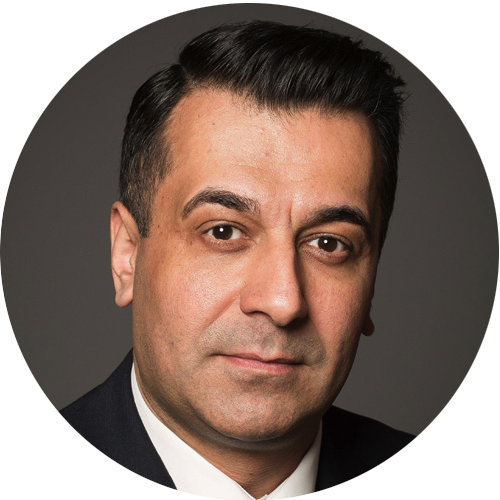 Arjun joins Cornwall Street Barristers with a vast amount of experience having completed a secondment on death row in South Carolina whilst at university before completing his criminal pupillage in Temple, London.  He later joined Nottingham CPS and worked as a Senior Crown Prosecutor before accepting an offer to work in the commercial team in Partnerships & Purchasing at Rolls-Royce (Aerospace) where he secured contracts and managed commercial activities with a range of international customers. Arjun decided to return to the Bar and has since doing so been able to successfully build a family practice specialising in private children and family finance matters.

Arjun has enjoyed progressively successful careers in diverse markets and offers quite versatile and legal and commercial management skills, together with a proven track record of achieving good results.

Arjun’s family law practice covers all aspects of family work, and he appears in the Family Court and the County Court on a regular basis. He appeared in the High Court of Justice, Family Division recently. Arjun is regularly instructed in private children matters at FHDRA’s, DRA and directions hearings. He represents clients in fact-finding hearings and has cross-examined expert witnesses, Consultant Psychologists and Psychiatrists and Independent Social Workers in cases where allegations of rape and sexual abuse have been made. He has prepared Part 25 applications to secure an Expert to a case and dealt with Guardians in Private Children matters.  He has dealt with forced marriage cases before Circuit Judges and represented applicants and respondents in respect of non-molestation orders and occupation orders. Arjun has represented clients seeking a Specific Issue order having appeared before a Judge for the mother of a Polish child who needed his Passport renewing as his father in Poland was refusing to sign the passport renewal application. He has also represented parties where applications were made for a prohibited steps order.

Public Children – Arjun has represented mothers / fathers at Interim Care Order hearings where the Local Authority is the applicant.

Family Finance – Arjun has attended Dispute Resolution Appointments and negotiated settlements above those indicated by Judges should the matter proceed to a contested final hearing.

The Pupil Barrister would regularly shadow Arjun when her Pupil Master was unavailable throughout her first six.

Private Children in the matter of Re G heard in the High Court of Justice, Family Division on 21 and 22 July 2022 before the Honourable Mrs Justice Sarah Morgan who made the following comments in her judgment “the court had the benefit of a skilled and detailed respondent’s skeleton argument, a document I found to be of very great assistance. I had the very great advantage to lean on his knowledge. The care and detail of the skeleton argument enabled me to trace through case management. Mr Johal’s fairness was exemplary, and his submissions attractively pitched”.